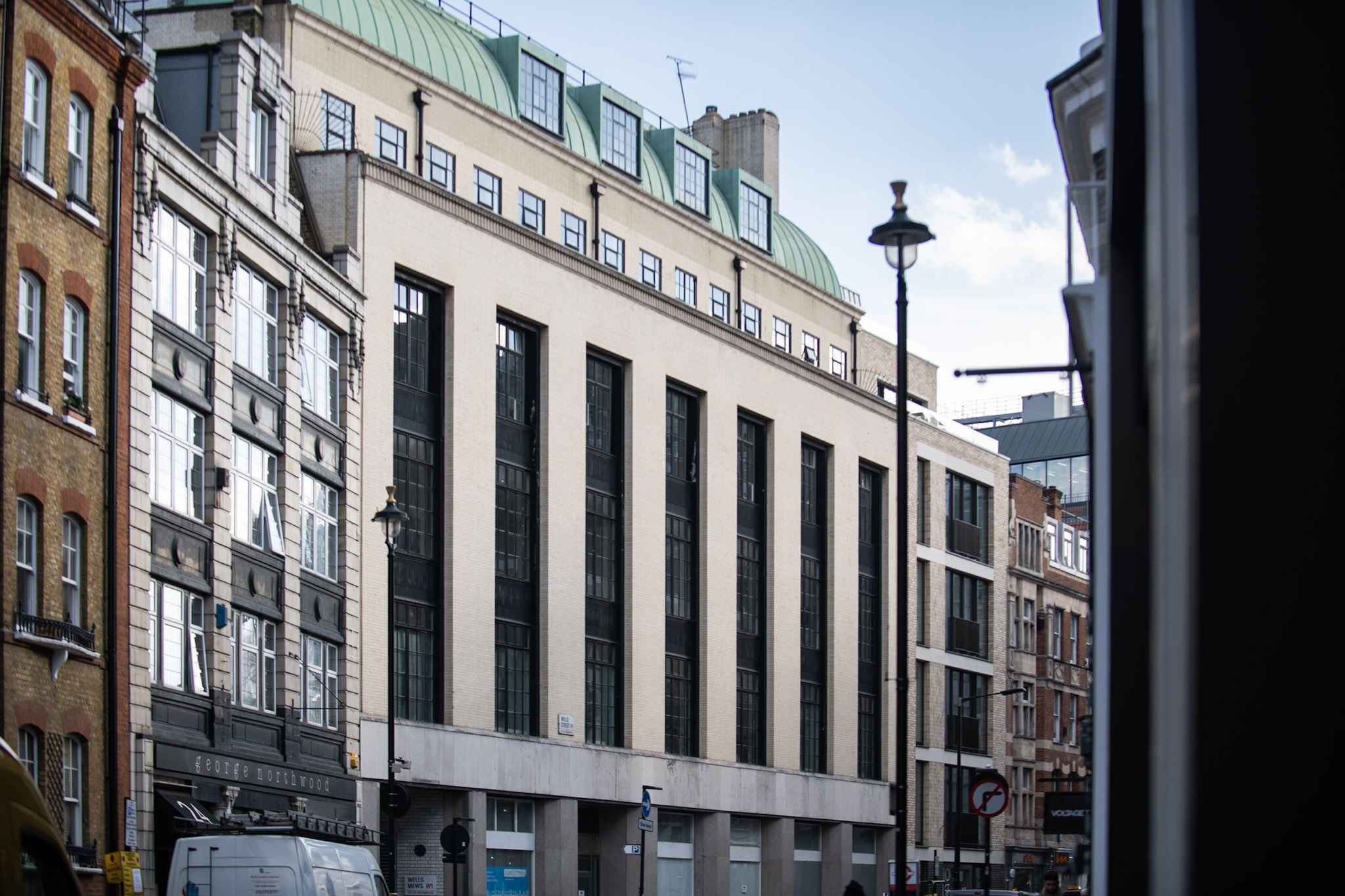 When Sanderson built 19 Wells Street in 1929 to house their design studios, offices and showroom, it was a beacon of modernity. This is where those iconic floral wallpapers were hand-drawn, in a building designed to inspire. And in the late 1960s, it was the headquarters for Columbia Pictures.

Today, it’s been gloriously restored by architects TateHindle and interior designers Universal Design Studio to retain all its period charm – from the magnificent Art Deco staircase in the lobby to full-height Crittall windows that flood every floor with natural daylight. And atop its distinctive copper dome lies a shared roof terrace with panoramic views and a covered kitchen.

You’ll also have access to Storey at 100 Liverpool Street and 4 Kingdom Street, with lounges, a café, meeting room and breakout spaces where you can pop in and work or meet clients.

Long known as a creative hotbed, Fitzrovia has been home to writers, artists, musicians, thinkers and bohemians through the ages. These days, its home to the likes of the BBC and Estee Lauder. And some of London’s best restaurants, from Rovi to Roka.

With the Sanderson hotel next door and Soho on your doorstep, you’re right in the artistic heart of the West End. You can walk to Oxford Street in two minutes, or Oxford Circus tube in five. And from there, you can be in Heathrow or City airport in around half an hour.

How to get here

Haggerston, N1
Brought to you by